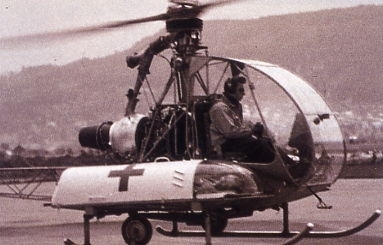 History of the Society and AIRMED - Gerhard Kugler

The International Society of Aeromedical Services, ISAS, is very closely connected to AIRMED Conferences. It was in 1980 under the patronage of ADAC, the leading German Automobile Association, when I organised the first International Air Medical Congress in Munich. More than 1,200 experts from all over world met at that occasion. It became obvious that the services developing in many countries created a growing demand for sharing opinions, exchanging results and discussing future perspectives. For the first time we got an overview what´s going on in Australia. Dr Susan Rowley from Sydney presented a paper titled "Aerial Ambulance Service in Australia". She mentioned that in early 1928 the flying doctor service was realised opening its headquarters in Cloncurry, Queensland. Thus the world´s first flying doctor service was launched. In the initial period of time an aircraft was chartered from Queensland and Northern Territory Aerial Services, known today as Australia´s national airline QANTAS.

In comparison: in Europe the inauguration of civil air rescue service dates back to the fifties and sixties. Switzerland began with the flying mountain rescue 1952 and ADAC made the first step 1969 which laid the cornerstone for a nationwide network.

Susan Rowley stated among others in her report: "The civilian helicopter rescue scene started in 1973 when the Surf Life Saving Association of Australia began to operate a Bell 47 Helicopter Service in Sydney to aid in surf rescue along its metropolitan beaches during the summer months. During that first year, 75 missions were achieved." And as a 1980 update: "At present, the Sydney Helicopter Rescue Service is provided at no cost or obligation to the community it serves. The Service has now completed over 1,200 missions and realised a potential far greater than its original role of surf rescue only. This has been due to increasing awareness by rescue agencies and medical personnel of Helicopter´s unique advantages."

At the second AIRMED 1985 which was held in Zurich, Switzerland, there had been four papers from Australia on the program indicating the progress of air medical services in 'Down Under'. On that event a group of delegates proposed to establish a permanent international platform for the entire air rescue community. This was the hour of birth of ISAS. A Board of Directors was formed consisting of Dr. Christian Buehler (Chair), CEO of Swiss Air Ambulance (REGA), Zurich, H.C.Cleveland, MD Prof of Surgery University of Colorado, Denver, Dr.R.J.Fairhurst, Chief Medical Officer Europ Assistance Ltd., Croydon UK, B.H.Harris, MD Prof of Surgery Tufts University Boston, Mass. Prof. Dr. G.Hossli, Institute of Anaesthesiology University Hospital Zurich, G. Kugler, General Manager ADAC Air RescueService, Munich, Prof. Dr. P. de Temmermann, Institute of Anaesthesiology University Hospital Brussels.

According Swiss law ISAS was appointed and registered as a non-profit organisation.

In compliance with the vision of the founder members the major activity of ISAS was to organise further AIRMED Congresses. The first AIRMED under the auspices of ISAS took place 1988 in Boston, Mass.,USA in cooperation with ASHBEAMS, the US roof organisation of air medical services (now known as AAMS). The following AIRMED 1991 was originally planned for Brighton, UK, but organisational preparations could not be finalised because of the Gulf War when everybody was afraid of a threatening world conflict. The venue got a last minute cancellation.

With the resignation of Dr. Buehler from REGA organisation ISAS lost its driving force. In lacking perspectives for AIRMED, activities of ISAS run down and finally ISAS was dissolved. But the Australasian Chapter sustained.

Dr. Bernhard Cresswell from Royal Flying Doctor Service took the initiative and invited AIRMED 1993 to come to Sydney. After Sydney by leading national air ambulance services AIRMED conferences came back to a normal turn again. ADAC organised AIRMED 1996 in Munich, the Norwegian Luft Ambulance was the host for AIRMED 2000 and REGA celebrated AIRMED 2002 in Interlaken, Switzerland. Meanwhile the European HEMS & Air Rescue Committee (EHAC) was founded and was assigned by the members to represent their interests on an international level. AIRMED got a registered trade mark of EHAC. In this context AIRMED 2005 has already been a joint venture of EHAC and the Automobile Club of Catalunia. The design of AIRMED 2008 in Prague is also a cooperation between EHAC and the Czech Air rescue Society HEMS Prague.

Many things in air rescue European and worldwide have changed. New regulations have been enacted, quality control and the definition of standards gained priority, training and education have got another main issue together with the improvement of flight safety and behind these concerns the economical consolidation has come under pressure by different restraints.

All these facts will give the presentations and debates of AIRMED 2008 a significant importance. I am looking forward to a strong representation of the members of ISAS.